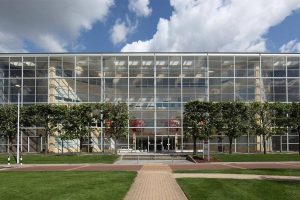 A remanufacturing patent, granted to Canon in 2014, has been revoked after a lengthy opposition campaign by the European Toner and Inkjet Remanufacturers Association (ETIRA).

The European Patent Office (EPO) revoked the Canon patent (EP 1 536 297 B1) after a formal Hearing took place with ETIRA at the end of June.

The patent was applied for by Canon in 2004 and granted in 2014. That year, ETIRA filed an official opposition procedure against it at the EPO.

Javier Martinez, president of ETIRA, said: “The revocation of Canon’s patent marks the end of a long, tough campaigning job for our small association – a big win for us, too.

“As soon as the patent was granted in 2014 we filed an official opposition procedure against it at the EPO, as it sought to monopolise basic techniques that have been used by many remanufacturers for years.

“We were adamant to see our opposition through to the end, as we want to make it clear that third-party reuse is the future, and intellectual property rights may not be used to stand in its way.

“Patents on remanufacturing are unfortunately a common occurrence for our industry and at ETIRA, we do not support any patent if it hinders the legitimate activity of remanufacturing cartridges.

“Moreover, we feel strongly that many patents are damaging to the environment, if the patent holder does not remanufacture their cartridges themselves but instead uses the patent to stop others from doing something that is good for the environment.”