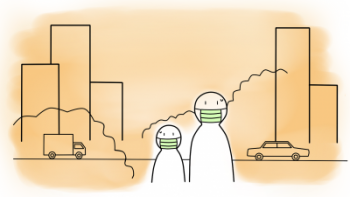 Imported non-OEM new build cartridges sourced in Europe were tested by the LGA and 100% failed, underlining again that such products are a threat to our health and the environment.

As part of its product safety remit, ETIRA recently purchased on Amazon and then commissioned the testing of three non-OEM new build toner cartridges by Germany’s expert LGA test centre. Additionally, five further tests by the LGA were commissioned by other industry players concerned about product safety.  The result was stunning: All eight new non-OEM newbuild cartridges failed the LGA emissions tests for multiple reasons. By contrast, a test of two toners widely used by European remanufacturers passed the LGA emissions test.

(Full details of the tests can be downloaded here).

The range of failures included excessive levels of cobalt, benzene and naphthalene. Four cartridges had levels ranging from 37 to 44 mg/kg of cobalt,  which according to the European Chemicals Agency harmonised classification and labelling (CLP00) approved by the European Union ECHA), may cause long lasting harmful effects to aquatic life, may cause an allergic skin reaction and may cause allergy or asthma symptoms or breathing difficulties if inhaled.

Benzene was also detected at a level of 0.9 mg/kg, 157% above the LGA threshold of 0.35 mg/kg.  The ECHA classification states that Benzene may be fatal if swallowed and enters airways, may cause genetic defects, may cause cancer, causes damage to organs through prolonged or repeated exposure, is a highly flammable liquid and vapour causes serious eye irritation and causes skin irritation.

Naphthalene was present in seven of the tested cartridges at a level of between 3.8 and 7.5 mg/kg, between 280% and 650% above the LGA test threshold of 1.0 mg/kg. According to the ECHA classification, this substance is very toxic to aquatic life, with long lasting effects, is harmful if swallowed and is suspected of causing cancer.

One test cartridge contained 86 mg/kg of Bis(2-methoxyethyl) ether, which is more than 8500% above the LGA test threshold of 1.0 mg/kg. According to the ECHA classification, this substance may damage fertility and may damage the unborn child and is a flammable liquid and vapour.

In the past, toner powders extensively used in the European remanufacturing sector have been tested by the LGA and they easily passed this stringent emissions test.

As the European Union moves towards a circular economy, one of the key goals will be addressing the presence of hazardous chemicals in products.  Javier Martinez, President of ETIRA said “ These tests show that very often it is dangerous to buy newbuild non-OEM cartridges: by offering products containing dirty toners, traders are playing with the health of their customers.  The current coronavirus pandemic will heighten the awareness and need for the products we use to be safe and reliable, and at the same time the standards required for CE and other certifications applied to goods entering the EU must be rigorously checked.”