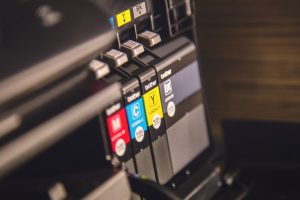 Brussels, 27 September 2018: – An article published in German industry magazine Digital Imaging this week reveals high levels of Decabromidiphenylether (decaBDE) in imported newbuilt non-OEM toner cartridges from two well-known brands. The story is based on tests done by the independent German test lab LGA. DecaBDE is a flame retardant found in IT and telecommunications equipment, such as printers and copying equipment. Flame retardants have been widely used in plastics of electrical appliances to mitigate fire and explosion risks. In February 2017 the European Commission added decaBDE to the REACH Annex XVII list of restricted substances, because emissions and widespread distribution of decaBDE in the environment creates a high potential for long-term (health) exposure for humans.

ETIRA, the European Toner and Inkjet Remanufacturing association is calling for the EU and member states to actively ensure that all cartridges imported into the European Union comply in every manner with European WEEE, REACH and RoHS directives and intellectual property regulations to protect the health and well-being of EU citizens and the environment.

News from The Recycler